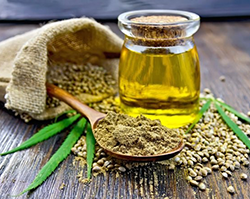 In recent years, as more U.S. states legalize Cannabis sativa, the plant and products derived from it have received ever-increasing attention for medical and recreational uses.

Importantly this has also created broader exploration of hempseed as a resource for food, extracted secondary metabolites for pharmaceuticals, flavors and essences and materials for textiles and construction products.

There is increasing recognition of industrial hemp plants products as having many potential uses stimulating huge commercial interests and research activities.

Paul Hughes will share insights about how hempseed can be a potentially valuable nutritional resource. It’s played this role for thousands of years in Old World cultures but a lack of contemporary research, including food product and process development, has hampered progress.

Hempseed’s unique composition - protein, fiber, minerals and vitamins - make it a relevant avenue of investigation. In particular, there are exceptionally high levels of the amino acid arginine, a source of the vasodilator nitric oxide making it effective at reducing blood pressure.

Hempseed offers tantalizing opportunities as a food ingredient and for the production of nutritional supplements. Working within OSU’s Global Hemp Innovation Center is an essential means of bringing these opportunities to life since success will be dependent on the practical realities of hemp as a viable agricultural crop. 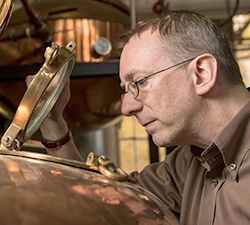 After graduating with bachelor and PhD degrees from the University of London, Paul Hughes joined the UK’s Health & Safety Executive as an R&D scientist to develop sampling and analysis protocols for environmental contaminants.

He then moved on to the Brewing Research Foundation in 1990, and over the next decade developed expertise in brewing science and technology. During that time his hop-related research was uniquely recognized both by the Institute of Brewing and Distilling (IBD) and the American Society of Brewing Chemists.

At the beginning of the millennium Paul moved to the Netherlands to take up a position as principal scientist with the global brewing company Heineken. Here he combined roles as manager of quality-related research projects and as safety/integrity technical liaison for the global operation

In 2005, he assumed the role of professor of brewing and distilling at Heriot-Watt University in Edinburgh, Scotland, where he continued with product quality-related research, extending his activities into distilled spirits.

In 2015, Paul fulfilled a long-held ambition to work in the US, talking up a new role as assistant professor of distilled spirits at Oregon State University. With a background in chemistry and botanicals research, he was in a good position to take up the FST-lead with the recently-formed Global Hemp Innovation Center, established at OSU. The Center recently landed a $10 million research grant to develop underpinning knowledge and identify value-added opportunities for industrial hemp.

Paul holds an MBA as well as the IBD’s brewing diploma. He is co-author of four books and four patents. He is also co-founder of Horizon Proteins, a spin-out company aiming to valorize waste grain products to generate high quality aquaculture feed.