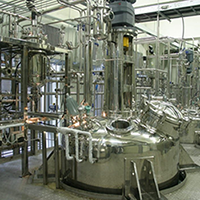 Concerns over global warming, animal welfare, and population growth has renewed interests in the development of “meat alternatives” which have the organoleptic qualities of meat, but whose origin is not from a slaughtered animal. It has been suggested by non-profits, scientists, global consulting firms and futurists that production of animal cells in large stainless-steel bioreactors could be an alternative meat production system. The animal cells would be proliferated in a bioreactor then harvested to create an animal cell-based meat product. Analysts have forecast up to a 70% decrease in traditional ground beef production by 2030 with animal cell-based meat replacing a significant portion of traditional ground beef production. This optimistic outlook has resulted in animal cell-based meat companies receiving in excess of a billion dollars in early-stage financing. 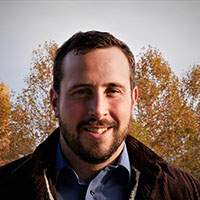 Derrick Risner is a PhD candidate from the University of California- Davis and is currently working in the Spang laboratory. He is a member of the Cultivated Meat Consortium, a multi-disciplinary group of researchers working in the field of cellular agriculture. Derrick is an author of the first publicly available techno-economic assessment of animal cell-based meat. He is also an Oregon State University alumnus who obtained his MS in food science and technology in 2018. During his time at Oregon State University, his sustainability research intersected the dairy and distilled spirits industries examining the potential environmental ramifications of converting discarded whey into a distilled spirit. Prior to attending Oregon State University, he worked as an engineer in the energy industry.